STRETCHING OCCURS OVER TIME. DOING ONE STRETCH ONCE A MONTH WON’T DO THE JOB!

The best dog collar from a chiropractic perspective.

We have a new dog, and I was wondering what the best dog collar would be for her from a chiropractic perspective.  A traditional collar is exactly that, a belt that surrounds the cervical spine.  Would I EVER do that to my patients?  NO. WAY.

This “lead” me to look at collars that give way when pulled on, and the best of them is made in Germany , with some Chinese knock offs.   The Sprenger dog collar is the best collar for walking the dog, as it closes on the neck, not nough to hurt the animal, but enough to get their attention.  Since it closes AROUND the neck, not just pulling on one side of it,l it’s the best method for training the dog.  Admittedly, the dog can’t live all the time with spikes poking into it’s neck, so it needs to be taken off when in the house, when going out it’s definitely the best one one out there.  The  collar should be in contact with the skin, tight enough that the neck reopens the collar after you tug lightly on it.  Too loose, and it may not release.  Also, place the collar lower on the neck, as the dog’s 1st cervical vertebra is huge, and it may be really uncomfortable for them if it’s up high on the neck.  Any questions about dog collars?  Email us! 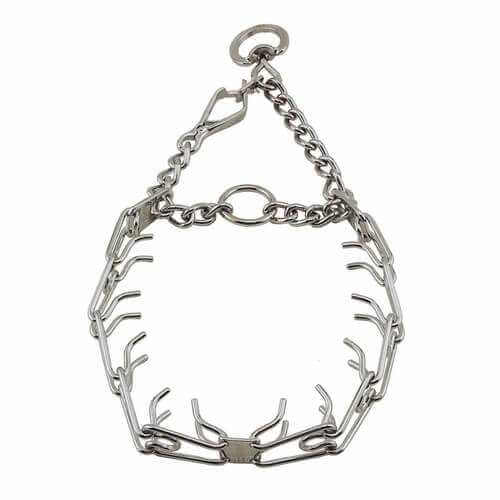 How important is sleep?

I learned some interesting things about sleep a while back:

~ Humans are the only mammals on earth that actually willingly delay sleep.

~ Sleep apnea, a condition where you actually stop breathing, is the most common cause of sleep disruption. It affects 90 million Americans, and is easily diagnosed.

~ People used to sleep in segments. Before the invention of electricity, rather than sleeping through the night many people would sleep for a few hours, wake up, read, write, pray, or reflect, and then got back to sleep for another few hours before waking up for the day.  This is reflected, believe it or not, in a 24 hour day.  Why?

~ Higher altitudes increase the chance of sleep disruption. Because there’s less oxygen in the air, you’re more likely to wake because of an issue with your breathing.

~ You can control your dreams. It’s called lucid dreaming and it involves becoming aware that you are dreaming, but not letting your mind wake itself up.